Valve has released a small blog to update Dota 2 players on what to expect in the near future. The blog includes minor details about the release date for the new hero, the 7.28 patch as well as a starting date for the DPC 2021 season.

The Dota Pro Circuit has a Start Date 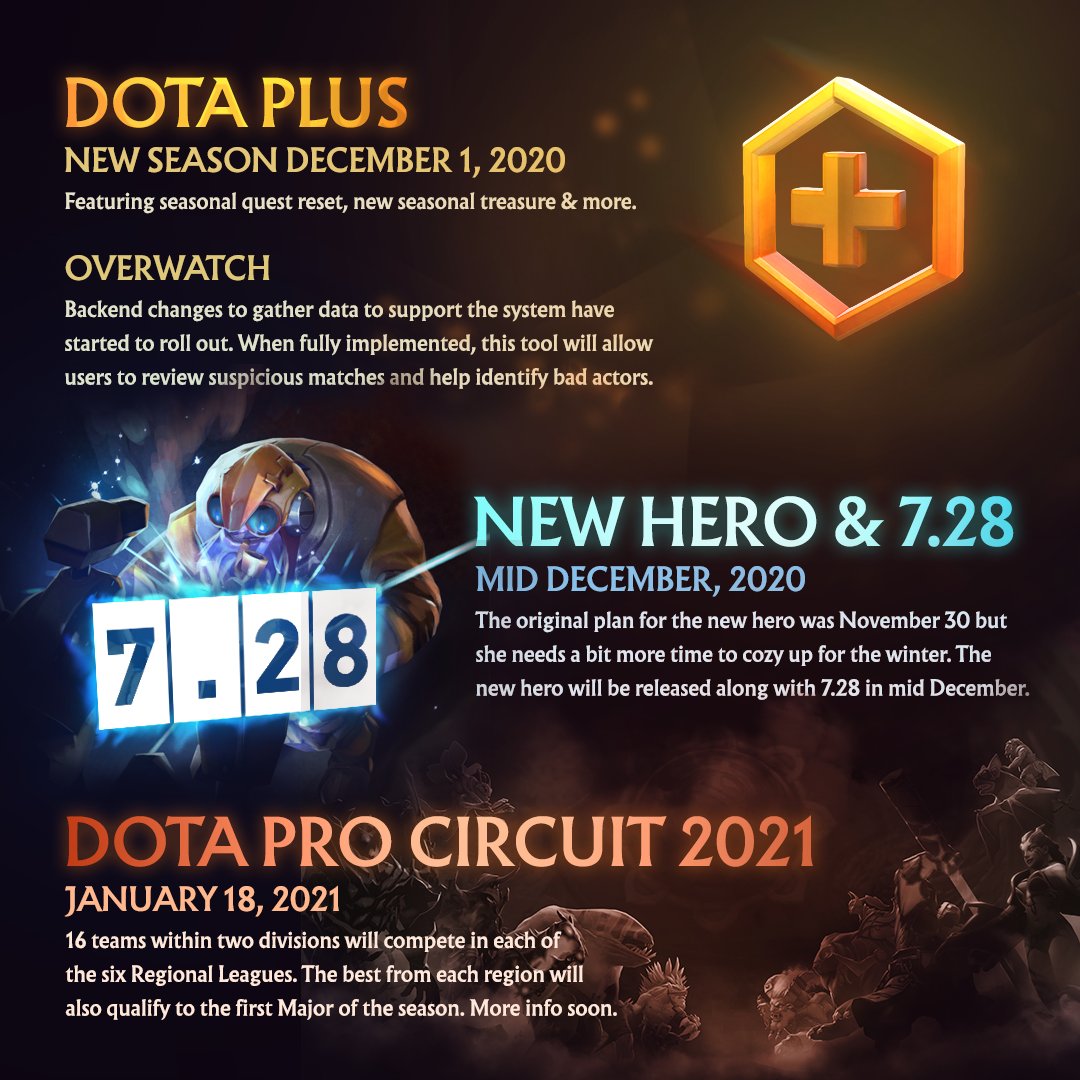 We are excited to announce that the 2021 Dota Pro Circuit will start on January 18th. 16 teams within two divisions will compete in each of the six Regional Leagues. The best from each region will also qualify to the first Major of the season.

The Dota Pro Circuit has been on hiatus since early 2020 after the pandemic forced tournaments to cancel events. The new DPC season was to start in late 2020; however, Valve delayed the start without many details for pros and talent. Valve has now announced DPC 2021 will start on January 18th.

On the gameplay front, our original plan for the new hero was November 30th, however she needs a bit more time to cozy up for the winter. We will be releasing her, along with the 7.28 gameplay update, in mid-December.

The new Dota 2 season will start on December 1 with a seasonal quest reset, a new seasonal treasure and more. The update will also roll out backend changes allowing users to review suspicious matches and participate in punishing negative behaviour, similar to CS:GO’s Overwatch system.

Stay tuned to Esports-Betting-Tips.com for the latest esports news and updates.